In my early twenties, I worked at a BBQ restaurant. The building looked like a log cabin and was filled to the brim with vintage pieces all over the walls. The menu offered all of the typical things you would imagine for a BBQ restaurant: BBQ chicken, brisket, baked beans, coleslaw and more. One of my all time favorite menu items, though, was one that I had never even heard of before. They took huge baked potatoes and stuffed them with BBQ pulled pork, or brisket. WHAAAT? Yes! You heard me right. The creaminess of the sour cream, spicy tang of the BBQ sauce, the fluffy potato and the deep flavor of the smoky meat all mixed together. The combination was literally to.die.for. To think I could have gone my whole life without this, no way!

That BBQ stuffed baked potato that I tried many years ago is the inspiration for this meal. Although I cooked it using very different techniques and a different potato all together, the inspiration is straight from that job I once held. Instead of using a grill and a roaster, I used a crock pot. Instead of a russet potato, I used a sweet potato. But, if you don’t like sweet potatoes, you know a russet will work just as well!

I then add chicken or vegetable broth to my crock pot. About 1 inch high. You don’t want the meat to come out soupy, but you want to have enough liquid that the meat will stay juicy, and not dry out. Next I put in the pork loin and add the seasoning. Seasoning I use would be: garlic, onion powder, paprika, parsley, and of course salt & pepper.

I will put the crock pot on high and a whole loin will be ready to shred in about 5-6 hours. I usually just take two forks and shred the meat right inside the crock pot. It’s so tender and juicy and ready to eat!

I usually try to stay pretty neutral with my spices for pulled pork. The reason is, I like to cook enough for 3-4 meals and freeze some. We use pulled pork in a variety of different styles of meals, so seasoning it for bbq would not necessarily work for pork fried rice. So I keep the spices neutral and it will work for all the fun dinners we use pulled pork in.

Some of our favorites are:

Pulled Pork Tacos (or enchiladas, quesadillas, you know anything with cheese and a tortilla)
Pulled Pork Nachos (our Game Day essential!)
On a salad
Pork Fried Rice

Then I stuff a sweet potato with that deliciously pulled pork doused in BBQ sauce and sometimes I add shredded cheddar cheese. Mix the pork and cheese in with the potato. Top with creamy sour cream and a drizzle of more BBQ sauce. This is when I devour it. The sweetness of the potato and the spicy of the BBQ sauce is outstanding! I would eat this for dinner every night if my family would agree to it!

I will usually serve it with a simple slaw, but really I could eat this potato stuffed with BBQ pulled pork all on it’s lonesome!

Do you have a favorite BBQ recipe or a recipe that is inspired by a fabulous memory? 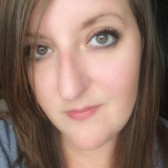 More from this Author

Deanna is a stay at home wife & mom who can't wake up without coffee. She spends her days playing and making with her daughter. Together they enjoy all things crafting, baking, and learning through play. In her 'spare time', she likes to binge watch Netflix or catch up with friends. She shares all this and more on her blog Play Dough & Popsicles.

we respect your privacy and take protecting it seriously